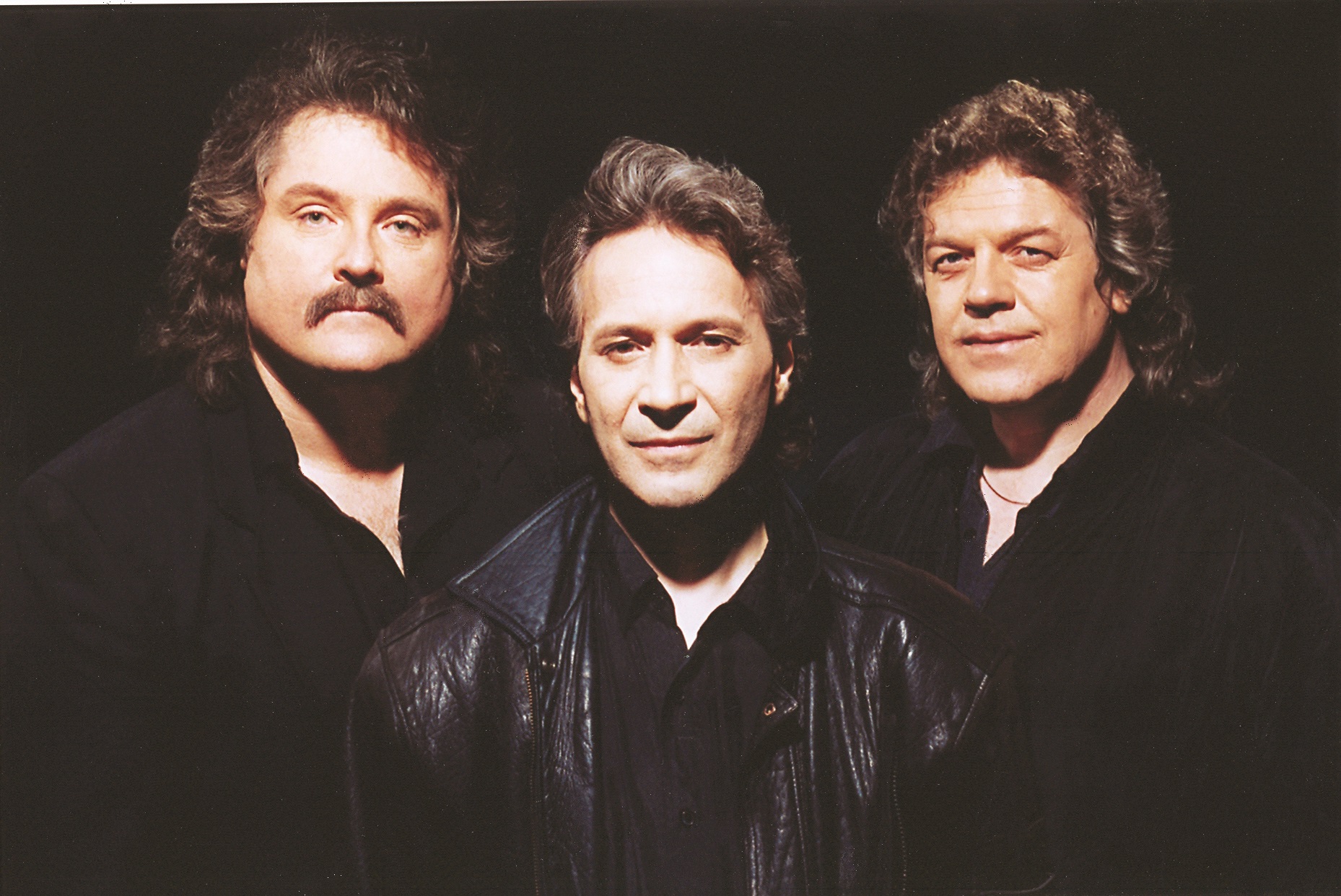 ‘They’re on their way, to the city lights’ … and, THE predominant Canadian Rock ‘n’ Roll band of the 1970s – The Stampeders – are bringing along all their classic hits: Wild Eyes, Carry Me, Oh My Lady, Devil You, Monday Morning Choo Choo, Minstrel Gypsy, Hit the Road Jack and, of course, the quintessential Canadian – and Hall of Fame – song, Sweet City Woman! A veritable soundtrack to a whole generation that will ‘carry you home’ … maybe not to Birmingham … but back to a time of tie-dyed t-shirts and elevator shoes, 15¢ coffee and homemade apple pie, dating and dreaming … By the time The Stampeders get to the first chorus of the first song, everyone will be singing along.

No seventies group represented Canada’s musical identity to the world like The Stampeders. A quick look at Canada’s music scene from 1971 until 1976 confirms The Stampeders were truly the country’s international musical ambassadors, touring more extensively in Canada and overseas than any other Canadian group during that time.  In 1977 the trio: Rich Dodson (lead guitar), Kim Berly (drums) and Ronnie King (bass) parted company but reunited, fittingly at the Calgary Stampede, 15 years later in 1992.

Since then they’ve been recognized by SOCAN for their Lifetime Achievement, been inducted into the SOCAN Songwriters Hall of Fame on five occasions and the Canadian Songwriters Hall of Fame for their 1971 seminal hit Sweet City Woman. The enduring musical legacy of The Stampeders, celebrating 50 years… ‘better catch a noon train, better get there for a rock ‘n’ rolling good time!’

For full details of the COVID-19 health protocols that will be in place at the Stockey Centre for this event, please visit our Safety Guidelines page.

Effective September 22nd, 2021, the Stockey Centre is required to have a Vaccine Certificate Protocol in place for all events occurring at the Stockey Centre, as per the Province of Ontario’s Proof of Vaccination Mandate. The protocol is attached for your consideration: The Charles W. Stockey Centre’s Vaccine Certificate Protocol [PDF]. We are required to check your Vaccination Receipt along with Proof of Identity when you arrive at the facility.