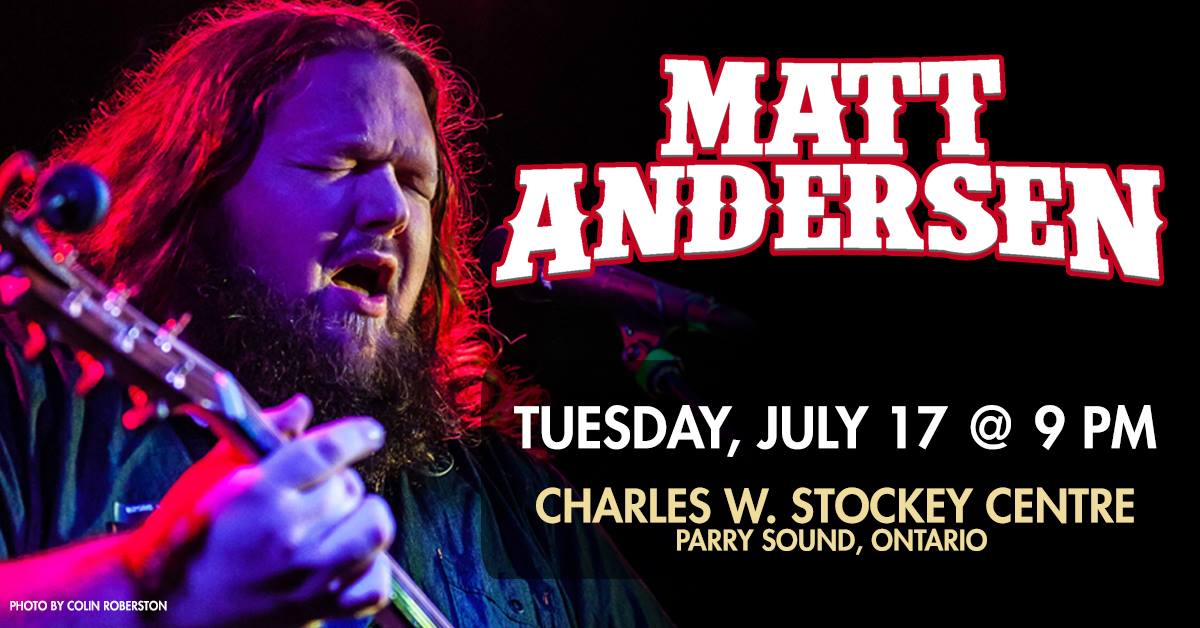 With over 10 million views on YouTube, two European Blues Awards, and winning Best Solo Performer at the Memphis Blues Challenge, it appears that the entire world is now discovering Matt Andersen. A powerhouse performer with a giant soul-filled voice and commanding stage presence, Matt has built a formidable following the old fashioned way – touring worldwide and letting the converted audiences and Andersen devotees spread his reputation through word of mouth.

Since the release of Weightless in early 2014, Andersen has received a JUNO nomination for Roots & Traditional Album of the Year, a CIMA Road Gold award, and six Maple Blues Awards for Male Vocalist of the Year.

TICKETS ON SALE TO THE GENERAL PUBLIC ON THURSDAY, APRIL 26 AT 10AM.