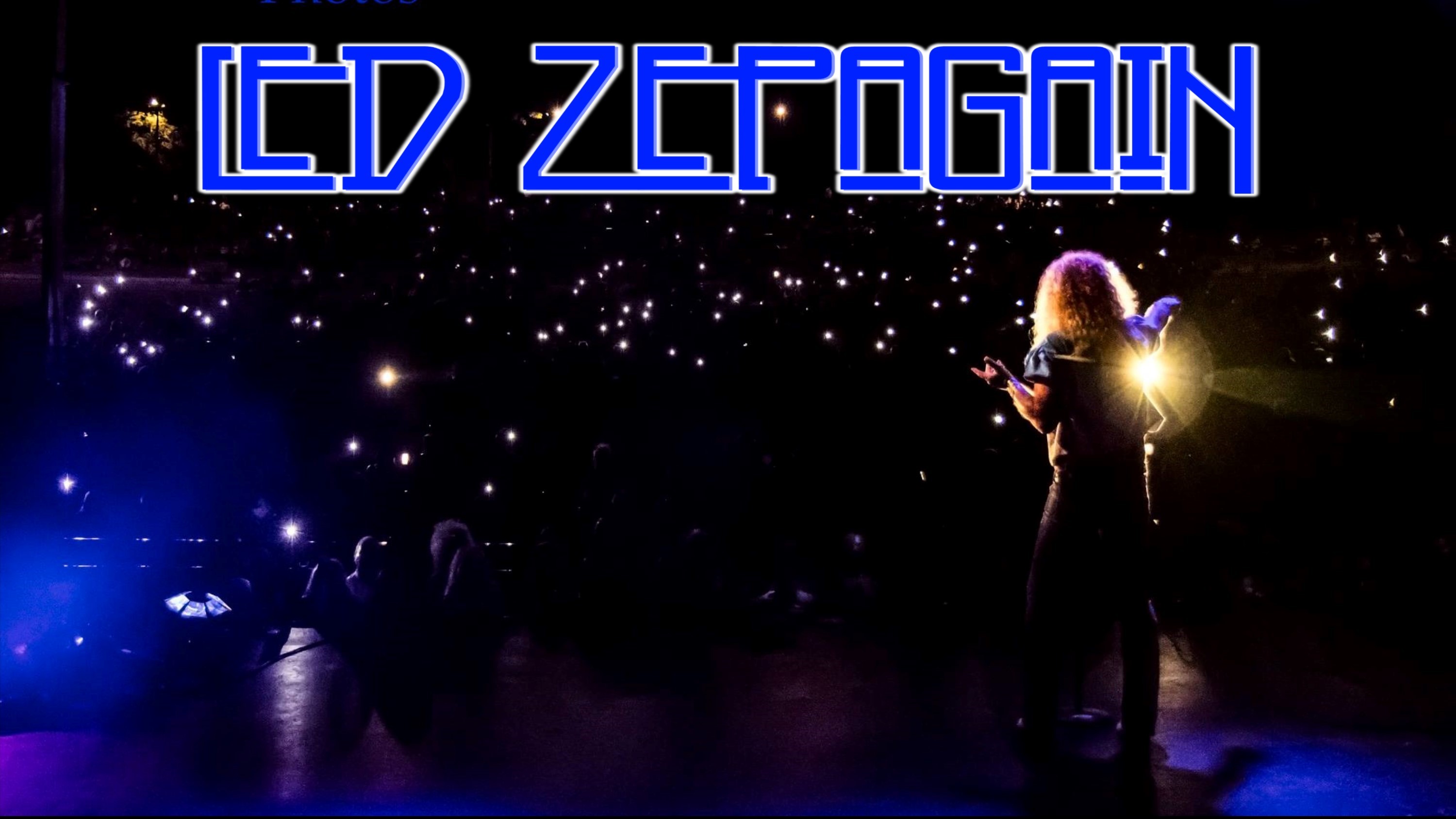 With well over a million downloads on iTunes to their credit, Led Zepagain has also entered pop culture, having been mentioned on network TV shows “The Gilmore Girls”, “Chicago Fire” and “Bad Judge”.  When Led Zeppelin guitarist Jimmy Page attended a Led Zepagain show at the House of Blues in Los Angeles he was absolutely astonished stating, “It’s amazing how much you sound like us. You were inside the music, and you paid attention to detail in your presentation. I can tell you really love our music!”  As a result, members of Led Zepagain attended Led Zeppelin’s 2007 Reunion Concert at London’s O2 Arena by invitation of Mr. Page.  Additionally, the band received a surprise visit from Jason Bonham in March of 2009 as he sat in with the band on their encore performance of “Rock and Roll”; www.youtube.com/watch?v=2w6noToYSqQ.  Led Zepagain has been featured on AXS TV’s “World’s Greatest Tribute Bands” (2014) and were asked to return, performing the iconic Led Zeppelin album “lV” in its entirety (2017).

The band consists of vocalist/harmonica player Swan Montgomery (“Robert Plant”), guitarist/mandolinist Anthony David Thymiakos (“Jimmy Page”), bassist/keyboardist/mandolinist Jim Wootten (“John Paul Jones”) and drummer/percussionist Derek Smith (“John Bonham”), playing to packed houses around the world.  From the sound and the look to the vintage equipment and costuming, Led Zepagain will be the closest thing that you will ever see to a live Led Zeppelin performance!  Come on out and see what Jimmy Page was talking about.