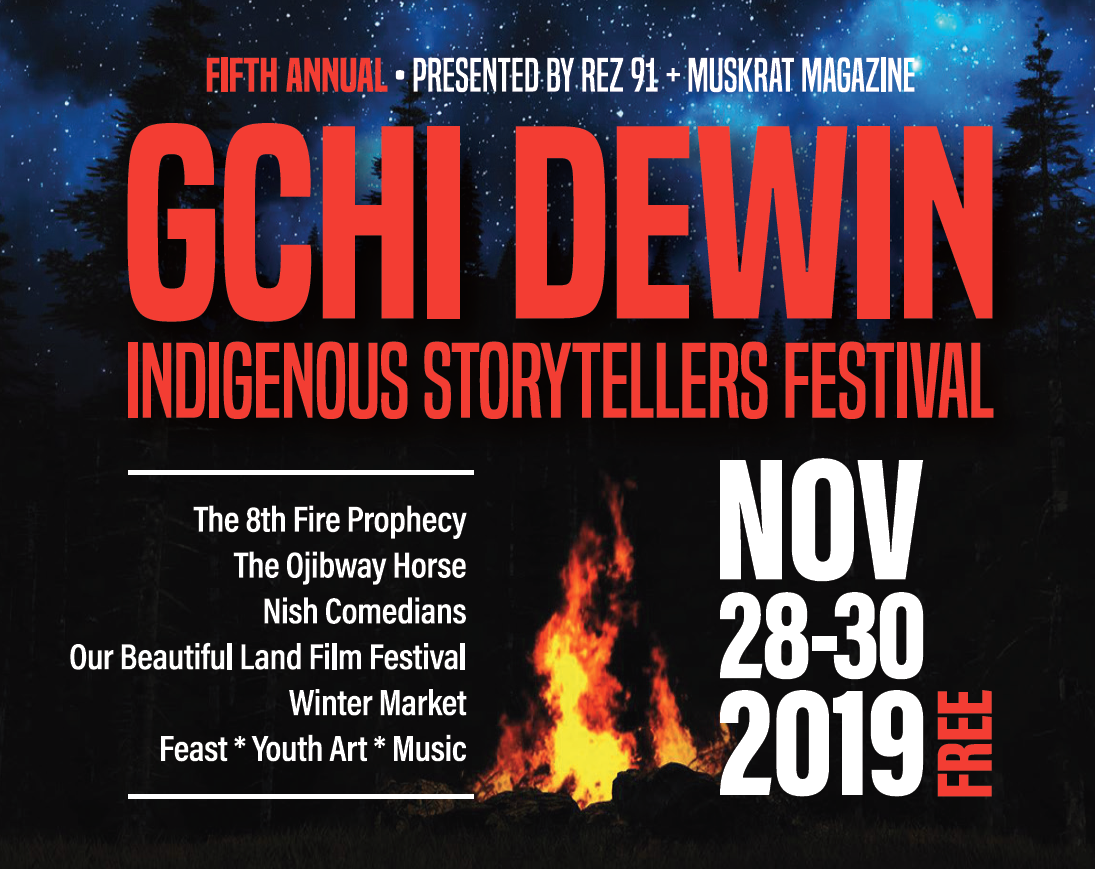 All events are FREE and open to the public.

Opening TIFF 2019, inspired by Robbie Robertson’s bestselling memoir Testimony, the film is a confessional tale of Robertson’s young life as an ambitious 16-year-old from Toronto who traveled to the Deep South on a musical mission and, together with his brothers in The Band, altered the musical landscape and created of one of the most enduring groups in the history of popular music.

CHILDREN OF THE SEVENTH FIRE

YOUTH UNSTOPPABLE takes us inside the rise of the Global Youth Climate Movement. Slater Jewell-Kemker was 15 when she began documenting the untold stories of youth on the front lines of climate change refusing to let their futures slip away. Over the course of 12 years and set against stunning visuals of a planet in crisis, YOUTH UNSTOPPABLE follows the evolution of a diverse network of youth rising up to shape the world they will live in.

YOUTH UNSTOPPABLE premiered at Michael Moore’s invite only Traverse City Film Festival, going on to screen at dozens of festivals around the world and garnering thirteen awards.

Classical horn musician with the Winnipeg Symphony, Don MacDonald performs with Anishinawbe storyteller and singer Jodi Contin to share the survival story of the little known Ojibway Horse. That Ojibway Horse lived among the Anishinabek prior to contact and, until recently, was close to extinction. The horses are now being cared for by Indigenous and non-Indigenous community members who opened their hearts and minds to these special horses. Following the performance TJ Stables will be on sight with some of the rescued Ojibway horses for audience members to meet and pet.

Horse trailers and pen in the Stockey parking lot

The Wiigwaas Jiimaan (Birch bark canoe) is deeply rooted within Anishinaabek cultural identity and tradition, connecting people to the water, the land, and each other. Beginning October 7th, 2019 the newly created youth collective known as the “Georgian Bay Anishinaabek Youth” c/o Georgian Bay Biosphere, hosted an immersive 20 day Wiigwaas Jiimaanke. GBAY team members, Dawson Bloor and Kyla Judge, will be sharing about their experiences building and launching the Jiimaan into the waters and what their vision for the future holds.

Jim Dumont is Onaubinisay (Walks Above the Ground), an Ojibway-Anishinabe of the Waubezhayshee(Marten) Clan. He is a 5th Degree Midewiwin of the Three Fires Midewiwin Lodge, originally from the Shawanaga First Nation on Eastern Georgian Bay. Since 1970 Jim has pursued the cultural and spiritual roots of the traditional Anishinabe Way of Life. From 1974, this pursuit has involved him thoroughly in the exploration, participation and learning of the Ojibway-Anishinabe Midewiwin Tradition, which has resulted in the achievement of 5th Degree Midewiwin, sweatlodge rites, ceremonial leadership, and traditional-teacher responsibility. Jim (Onaubinisay) has been “raised up” as Chief at the Eastern Doorway of the Three Fires Midewiwin Lodge, and as such, is the keeper of the sacred Waterdrum and leader in the Eastern part of Anishinabe Midewiwin Territory.

Since 1975, Jim has been professor of Native Studies at the University of Sudbury of Laurentian University. He is one of the founders of the Department and served for four years as its Chair from 1984 to 1988. In his tenure there, he has created and taught courses in Tradition and Culture, Native Psychology, Native Way of Seeing, Native Education, and Issues of Indigenous Peoples in the International Context. He retired in 2000 after 25 years of professorship in Native Studies. Jim now teaches in the Indigenous Masters Program with the Seven Generations Institute.

Comedy, music, and the Ojibway Spirit Horse with: