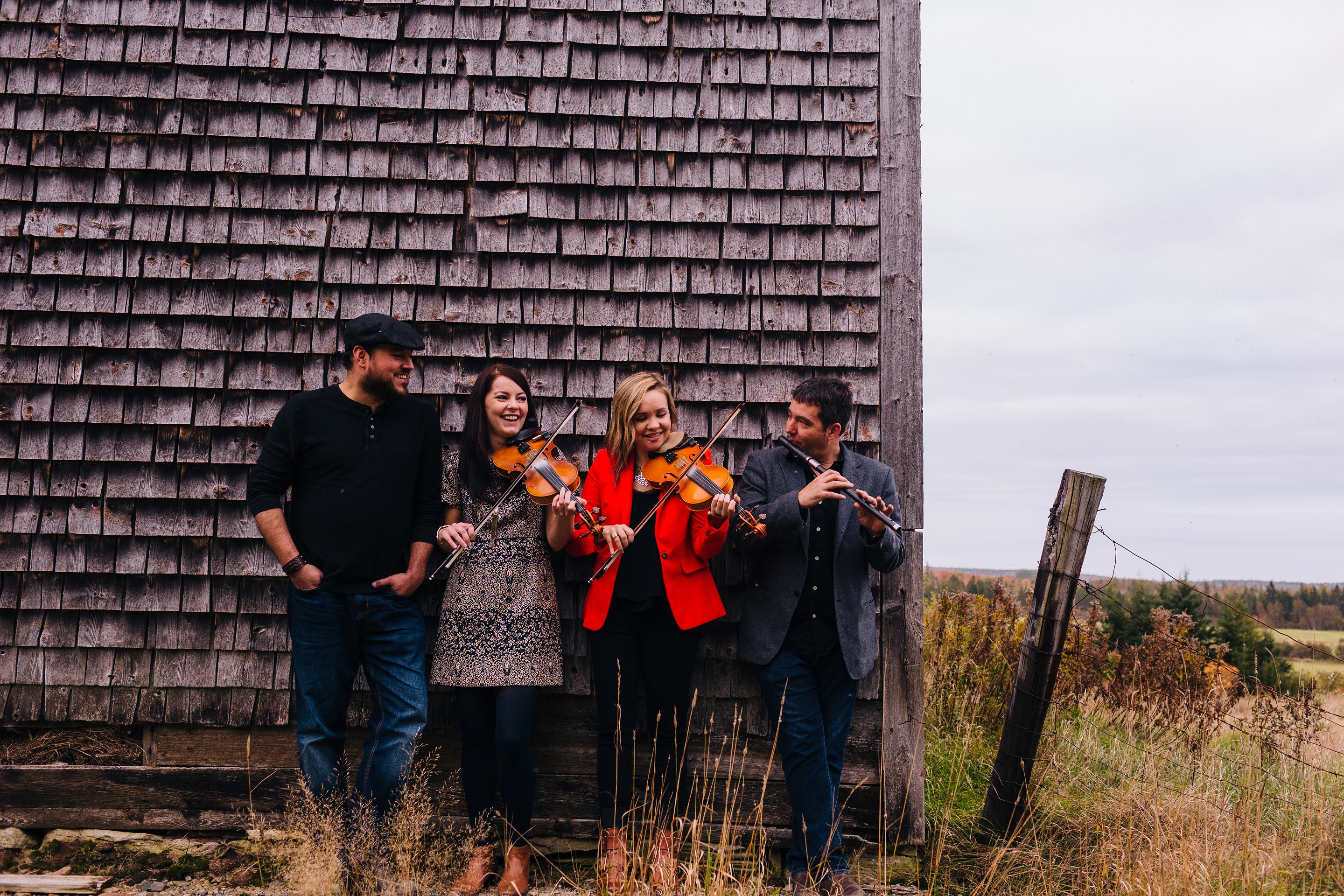 With the release of the new album Rove, Nova Scotia’s powerhouse Còig has cemented its status as one of today’s most exciting new North American Celtic groups. With a combined total of over 30 group and solo awards and nominations, the four members of the band are already recognized as major stars of the Celtic world. Rove is drawing rave reviews from fans and critics and has recently been recognized with a 2018 East Coast Music Award for Traditional/Roots Recording of the Year, a 2018 JUNO Award nomination, and 2017 Canadian Folk Music Award and Music Nova Scotia Award nominations.

Còig’s like no other, thanks to the unique mix of four different talents. They all have traditional roots, but each brings something more. Fiddler Chrissy Crowley has touches of world and contemporary music. Pianist Jason Roach has a jazz degree, Darren McMullen (guitar, banjo, mandolin, etc.) has worked everywhere from Irish to rock groups, and fiddler Rachel Davis is the most Cape Breton trad, but with folk and roots infused flavours as well.

The best in trad music, in a non-traditional way. That’s Còig.