Bands on the Bay: Cove & The Current 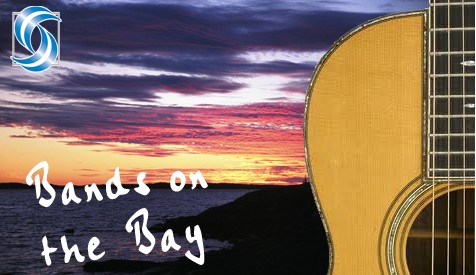 Bands on the Bay: Free Summer Concerts Held outside on our fully licensed deck or inside in case of rain, performances start at 7:00pm (unless stated otherwise). A free concert overlooking the bay: this is The Thing To Do on a summer Tuesday evening! About the band: Cove & The Current is a 4-piece indie rock band from Durham Region, Ontario. Born on the shores of Hubbards Nova Scotia, the idea for Cove & The Current was born when band founder Joel Stewart took to the beach for a three-day jam session with local musicians, howling late into the Atlantic night. Joel thought to bring to life the feelings of those late night Hubbards Beach jam sessions to lay the foundation in which Cove & The Current has become.