A Night with André-Philippe Gagnon 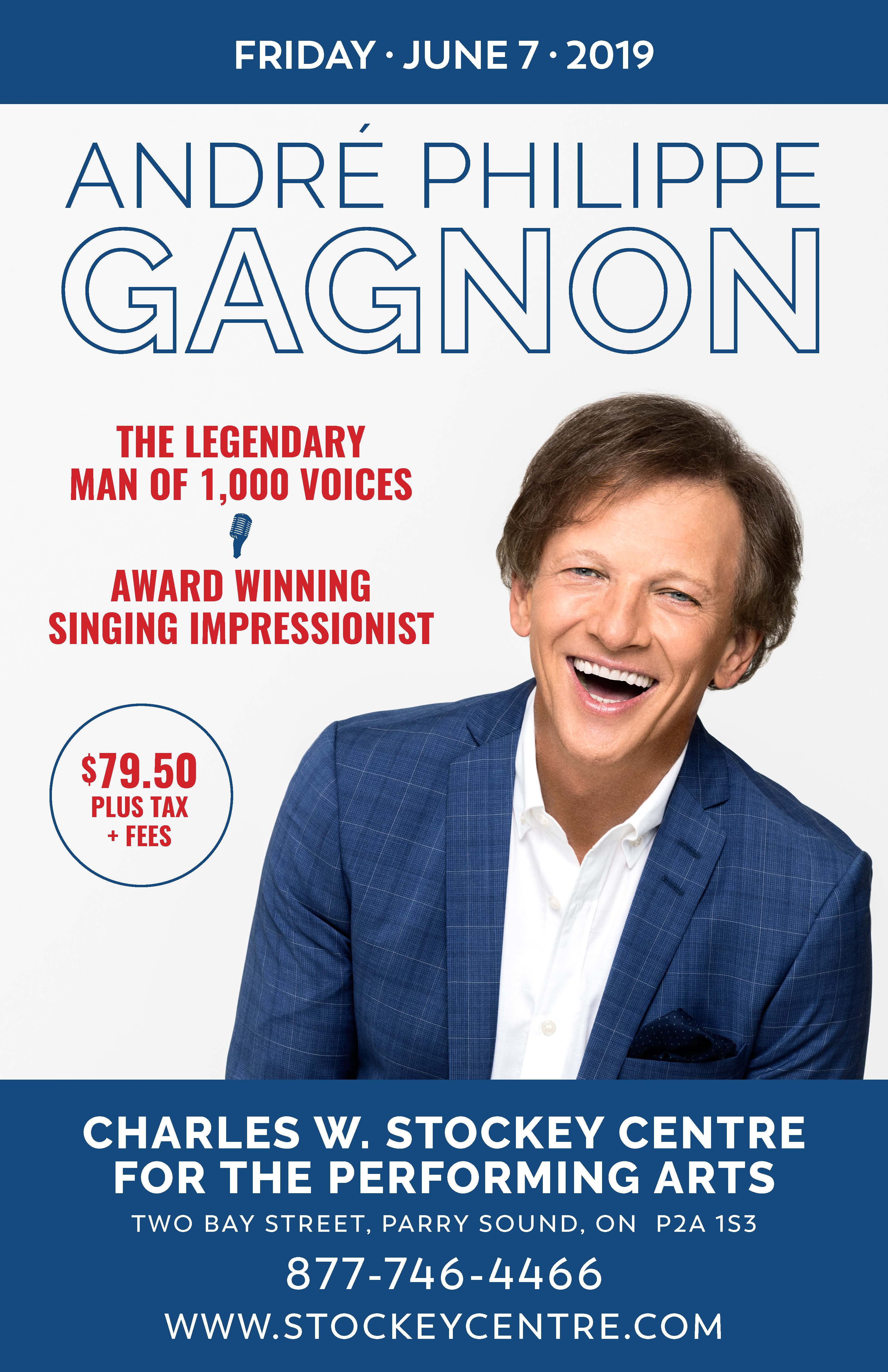 Known as the man of a thousand voices, André-Philippe Gagnon will bring his show to Ontario this June. Gagnon, the Canadian comedian and #1 Singing Impressionist Entertainer in the World will perform his brand new show ‘The History of Rock and Roll’. Tickets go on sale on Tuesday April 2nd at 10AM to Stockey Centre Members and to the public on Thursday, April 4th at 10AM.

André-Philippe Gagnon has played to sold-out audiences around the world for over three decades.  His impressions of famous personalities including Mick Jagger, John Lennon, Louis Armstrong, The Black Eyed Peas and even Fred Flintstone, are rapid-fire and amazingly spot-on. Gagnon can slip from Frank Sinatra to Pharrell Williams in the blink of an eye!

In 2019, André-Philippe Gagnon is back with a brand new show called “The History of Rock and Roll”. It’s a musical journey through the soundtrack of our lives – from the fifties to today. Gagnon borrows the voices from all of the eras to create the musical history of the last six decades. His new show combines music, comedy, and multimedia to create an unforgettable night of entertainment! A must see for music and comedy fans alike.

Gagnon’s big break came when he was invited to appear on the Tonight Show with Johnny Carson, where he performed his version of the famine-relief anthem “We Are the World,” doing every singer on the song: 18 famous voices in one composition.  Following that performance Gagnon sold out an entire tour in his home province of Quebec in only three hours, setting box office records along the way. Since then he has gone on to perform around the globe, tour with Celine Dion, be a featured act at the Olympics and perform at the opening of the Skydome live on TV. Gagnon also had a decade long residency at the prestigious Casino Venetian in Las Vegas playing to packed houses six nights a week and being named “Vegas’ Best New Act”.